​Our body makes Gans, trees make gans, even the insects make gans!  All gans are composed of some part of water H20,  be it the H, or be it the O2.   Water is the universal solvent.  The commonality of all. Water has the properties of being a solid, a liquid and a gas at the same time at the same temperature. Water to fish is like air to us, it is so much all of everything we do we forget that it is there. But water never forgets.
When we make gans we imprint the water with the fields of the materials we are using to reduce into gans.  Water remembers the structure and the fields of everything it comes in contact with, including your moods. Feel free to look it up, water has memory.  Crystalline impressions when frozen show up as wonderful snow flakes of geometric configurations or amorphous masses of jumbled shapes.   Plasma fields show up in water when it is frozen next to or dunked in it.   The plasma fields stop the ice from forming. Ice is the property of water that tears mountains down. Ice that crushes large ships stopping them dead in the water.  But ice cannot stop plasma. The energy of the plasma field moves the water away as it freezes to form arching patterns, and pulling particles into the core aligning the particles into areas that have more and areas that have less.

Different gans change the Ph of water some acidic some alkaline.   Some gans are fluffy and expanding we say they have a magnetical property.    Others are more dense and compact at the bottom of the gans generating beakers.   Most of the Gans we produce are a mixture of these two properties.  The gravitational gans settles out quickly and the more magnetical stay in solution suspended in the water.

In many of the ways we prepare Gans we use salt.  NaCl, the sodium Na acts as a catalyst while the Cl or chlorine works with the water to break down the matter state as  HCL.  Not all salts are the same.  Some contain a multitude of trace elements and others have no trace elements at all.  Sea water is used often in gans production and it contains everything that has washed the land plus from around the world brought to that specific location in various concentrations differing from location to location and from different times of the year or decades. The water of the sea contains quantities of both inorganic compounds and organic compounds, many that are still living creatures!  When looking at salts the type of salt will change the properties of your gans greatly.  Do you think that there just might be a little bit of difference if you used table salt or if you used Epsom salts?  Each of the salts reacts with a different atomic weight value range found in all metals and for that matter all matters.  Look closely at the periodic table of elements at the atomic weight, you will see a range of atomic weights for that group of elements we call Lead, Copper, Zinc, etc.

We use strong Alkali in making gans, Lye, etc. the type of Alkali will change the properties of the Gans.  Acid, your stomach uses acid Hcl to break down food into organic gans so that the plasma field is absorbed by the body to give you life and energy.   We can use these same acids to make gans of food or any organic matter.

Some current is used to make non organic gans, but depending on the amperage (power of the current) will affect the resulting gans.   Simple Galvanic current generated by dissimilar metals often is more than enough to make gans by simply attaching copper wires from one to the other.  When I say “more than enough” I mean even simple Galvanic current may have too many amps to give you the desired gans.   Adding batteries or veritable DC power sources changes the properties of your gans... for basic gans less is more and we try to limit the amperage to less than 0.03amps.   For highly Galvanic combinations such as copper and zinc  we often have to limit the current by inserting an LED between the wires connecting these two metals.  The higher the amperage or current the more matter state of the metal blows off into solution.  Blow off is not gans.

Gans of water.  This gans is produced by adding liquid caustic to salt water that has a high trace element level often called Ormus.  A similar form can be made from Ocean water but it is not the same as the classic Ormus using Dead Sea salt.   One can make an Ormus or gans of water, from water collected at the mouth of a river, think about it.

We have covered the basics of gans but gans comes in several physical forms. We are going to stay away from the Organic gans for a moment.   I am proposing we use the following symbols for which state gans is found.  (G) (A) (N) (/m) (/g)    G = gaseous  A = Aqueous   N = nano particle   the N has two sub categories  /m = magnetico   /g = gravitational.   The N nano particle can also be described as  paste  meaning it still has a little water in it (P)    or (S) = solid or dried form.    To make this chart  a little more complete we show the Ph for each of the gans as “+” alkaline,  or “-”as acidic  This nomenclature is no where complete but it gives us a starting point to describe specifically which gans we use where.   The G or gas stage of gans is the gaseous plasmatic state  often used in respiratory therapy.  Where we imprint the water vapor with the gans then administer it to the patient to breath into the lungs.  Gans of CUO in Aqueous plasma state nomenclature  would look like CUO -(A/g)

This leaves one form of gans or matter state of gans for last.   Crystalline (C) this is a huge category both in the inorganic gans and the organic gans.  We will start with the easy one from the organic gans sugar.  Found in the (A) aqueous state as tree sap as an almost gans of water state in the (N) state and most common in the crystalline (C) form found in the sugar  bowl on your dinner table.   All those crystals you wear on your fingers or around your neck once were gans often in water.  All have memory or can store memory because they once were suspended in water.   All of your metals are crystals that we have heated and driven the water out of it. But as we said above, in time water will wear it away like it does the mountains.

​So what does water play in making gans?  EVERYTHING!    The biggest point I want to make is vitally important if we are going to move forward in the field of plasma.    TAKE CARE OF YOUR WATER and it will take care of you.  Imprint into it what you want your gans to do, when you make it. Keep it fresh, keep it moving if you can like a river. Do not let it die on the shelf.  Be happy with it. Show it some love..even say a payer for it.   You are 97% or more water, your connection to the water is going to give you the control and the activation of your devices.  When you put the metal into the water tell it you are sorry but let it know why you are doing it.   If there is a good reason, water will work with you.  I know this sounds super strange, but try it.   Get a group of your good friends together to meditate or pray over a bottle of drinking water.   Each take a sip prior to the experiment and then after about fifteen minutes of prayer or meditation taste the water again ..... 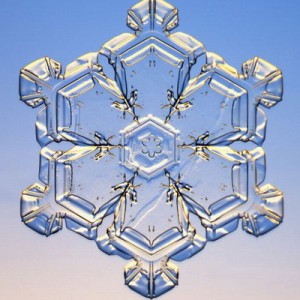