The new science of Plasma 1

The big question for everyone is how to fit Mr Keshe's new Plasma paradigm into a language that we can relate to. Current science uses the same word to describe an entirely different thing:  'plasma is created by adding energy to a gas so that some of it's electrons leave its atoms. This is called ionization. It results in negatively charged electrons, and positively charged ions.'  ... and usually involves alot of heat and pressure.  ​
If we are able to align and focus the two hemispheres of our brain we can perfectly embed the rational/ordering/conjugating/centripetal/healing (gravitational) fields with the feeling/sensing/expressive/centrifugal (magnetical) fields within our dynamic being, and steer these 2 charges to manifest conditions in accord with our deepest wishes.  Any thought connects things in this way, its degree of effectiveness depending on the degree of coherence in it's wave forms. A cloud of plasma/charge builds when human intention converges.

​Eventually we will learn how we CAN control the fields of Life that can bring internal healing, or facilitate the healing and growth of things around us. We will also self-realise nourishment, warmth, even shelter, and the ability to travel within space-time, through these plasmatic magnetic-gravitational fields.

If indeed we are made in the Image of God or the Living Force, this must all be true, and the Masters and Messengers of all ages have been trying to remind us!

The Universal Plasma that is being referred to by Mr Keshe in this emerging model can in it's principal state be called un-manifest di-electric inertia or Fundamental Ether - or Principal Light.  A universal field of pure potential, waiting to be imprinted.  We often hear Matter referred to as condensed light, and this is affirmed by this model.  Magnetism and Gravity are the effects of the expansion or contraction of this potential or inertia, an observable interaction that results in radiating fields (magnetic) or convergent fields (gravitational).  One cannot exist without the other, 20C physics still contends a single gravitational field that fills 'space'. These variations in density of the primary field manifest and actualise it into distinct fields, in magnitude and polarity, thus creating the effects of force and motion. It is this mediation of field density that creates spacial and counterspacial (repulsion and attraction) phenomena through all levels of creation.
Mr Keshe defines the following terms:

As Principal Magnetic Fields unwind, expand and reduce in strength, they become Transition Matter Energies and then Transition Matter Magnetic Fields, and as they expand and reduce further in strength they become Matter Magnetic Fields. In the plasmatic magnetic field strength of the matter environment they then become Tangible Matter. The only difference between Principal Matter and Tangible Matter is their plasmatic magnetic field strength and compactness.  If you were to unwind say 10cm of Principal Matter into Matter state you would get a matter entity several thousands of meters in diameter: 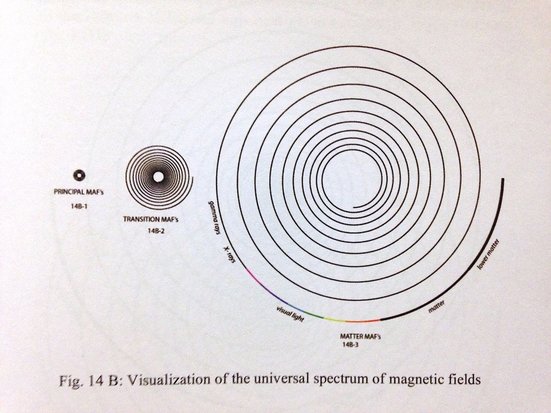 In his book (there are 3), The Universal Order of Creation of Matters, Mr Keshe explains the principles of gravity, and how these principles also apply to the interaction inside the neutron between Principal Matter (anti-matter), Transition Matter (dark matter) and Matter. According to him, the neutron is also mainly composed of these three fundamental Matters. 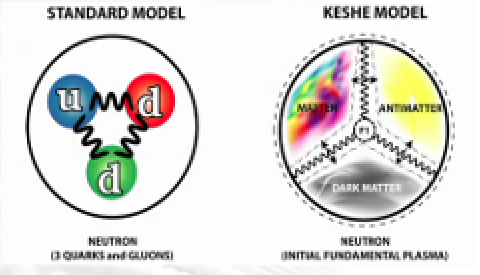 Based on these new first principles, prototype reactors were allegedly built, with amazing results, like creating lift and motion without burning fuel, and achieving fusion in a simple way. Now it becomes possible to create, at any point-of-demand, in an affordable way, vast amounts of energies (like electricity and heat) and motion, and matters like water, food and new materials, and to develop new space technology.

"By creating and using a magnetic field strength higher than the magnetic and gravitational (magrav) field strength of an entity (atom, ray ...) one can create conditions which cause the Fusion of atoms, plasmas, rays etc. without creating heat or needing to collide particles to force fusion. In the principal magnetic field state of Matter, matter operates more as a Gans (gas in a nano solid state) than a gas/liquid/solid state, and with the Gans of matter (see other Articles) the magnetic field strengths of the environment define the appearance of an Element in a given condition, and in all cases the tangibility of matter is the consequence of these conditions. The Gans of matter can take on all lattice structure combinations of the elements, whereas, for the purely Matter state of one Element to be converted to another, sources of high heat and pressure are needed. In the Universe almost all conversion of lattices is done through the Gans of matter and not the atom of matter."  Witness all the silent and powerful dynamics in operation throughout nature, without any explosive efforts. 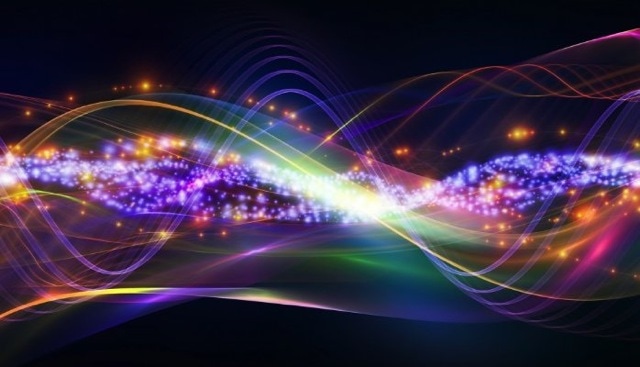